Windows 10 or 11? Choose a suitable operating system for
D5 Render

With the development of D5 Render as a real-time ray tracing rendering engine, the ray-tracing pipeline of Microsoft's DirectX 12 is deeply integrated, which was released with the update of Windows 10 (version 1809) in 2018.
DirectX Raytracing (DXR) is a feature introduced in Microsoft's DirectX 12 application programming interface (API) that implements ray tracing, for video graphic rendering.
‍
Raytracing pipeline state, a counterpart to the current Graphics and Compute pipeline state objects. Pipeline state objects are hardware settings that determine how the GPU interprets and renders information.

For reference, What is DXR?
Does D5 Render perform differently on Windows 10 and 11?
Generally speaking, D5 Render works well with both Windows 10 and 11. You can decide which one to use based on your hardware equipment as Windows 11 has a higher requirement on hardware than Windows 10.
Keep your OS updated to make the most of D5 Render
Whether you are using Windows 10 or Windows 11, it is recommended to keep your system updated. Usually each update makes improvements on the OS stability and security.

Please do not install the operating system or system updates from untrusted sources. You can right-click on the Windows icon > System to check the system version.
Or go to System settings > Check for updates to see if there is update.
Special Notes
1. Since AMD and Intel graphics cards do not support Nvidia DLSS, we use Intel XeSS tech for them to improve the preview image quality and video rendering speed (Super Sampling).

Therefore, if you use AMD or Intel graphics cards, please make sure the operating system is Windows 11 or Windows 10 64-bit, version 20H2 or newer. Otherwise, Intel XeSS may not be able to work. 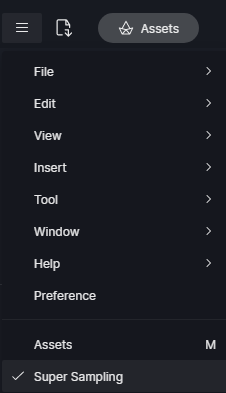 2. Starting from Windows 10 version 2004, a feature called "Hardware-accelerated GPU scheduling" has been introduced. It is not recommended to turn it on for D5 Render, since D5 has its own algorithm to make use of the hardware efficiently and stably. If it is already turned on,  please select High performance mode for D5 Render. 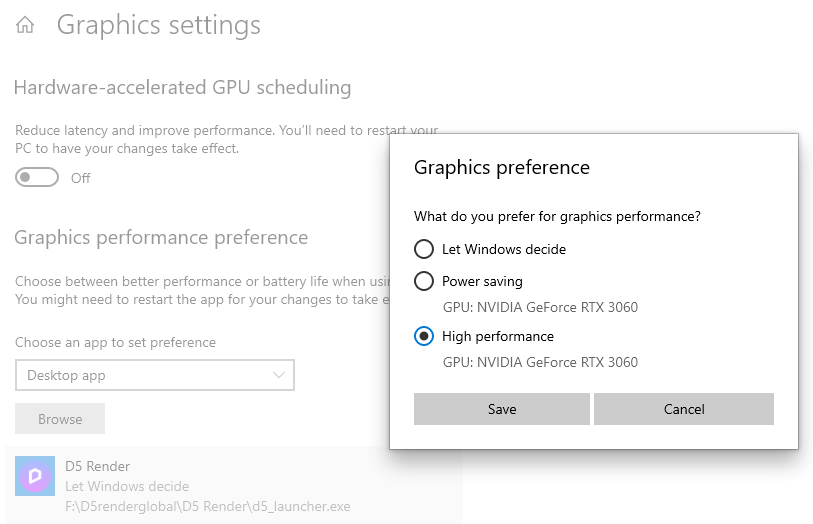