Table of contents
About the artist
About the scene - Tips & Tricks
Render showcase
Epilogue
About the artist
Leonardo Lafebre: interior architect
‍Arquitecviz Facebook Page
‍Arquitecviz – Arquitectura & Visualizacion 3D
‍📍 Cuenca, Ecuador
Workflow: Archicad + D5 Render
"I met D5 Render when it was still in beta 2 years ago. Once I saw this program, I loved it. The D5 team is always listening and helping. I think that's one of the greatest things I love about D5.

I have used some other rendering programs before. D5 is the fastest and the best in my opinion." 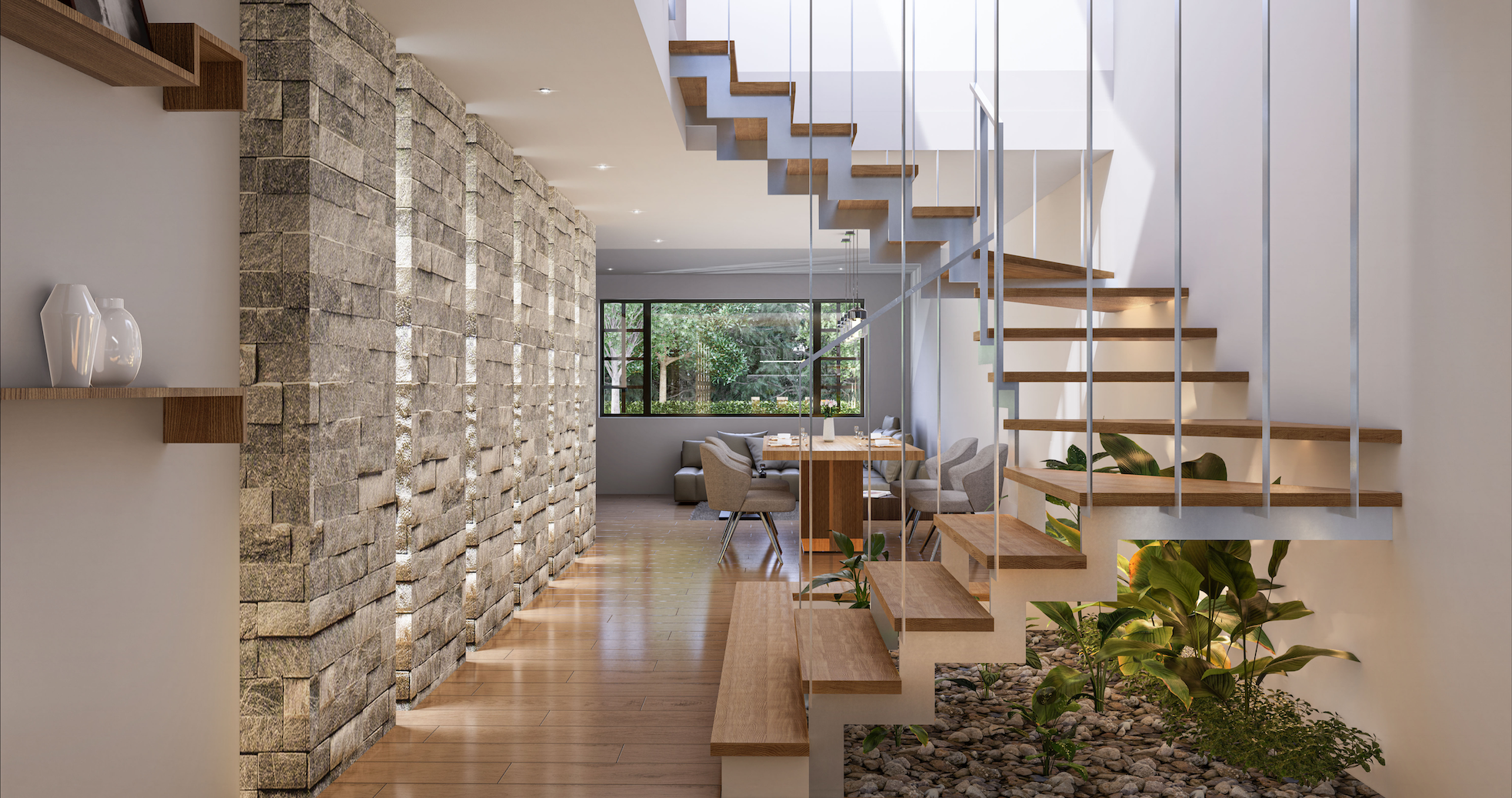 Daily work: From design to visualization

"The final project is the fruit of good communication between the client and the designer."
When receiving a request from my client, I will first sort out how the project should look based on what the client wants. Before achieving a satisfactory final design, I usually have rounds of discussion with my client and make improvements each time according to their requirements. The feature of real-time preview in D5 Render enables me to instantly see the changes I make on my design. And the demo animation clips made in D5 Render help to better illustrate my design ideas to clients. 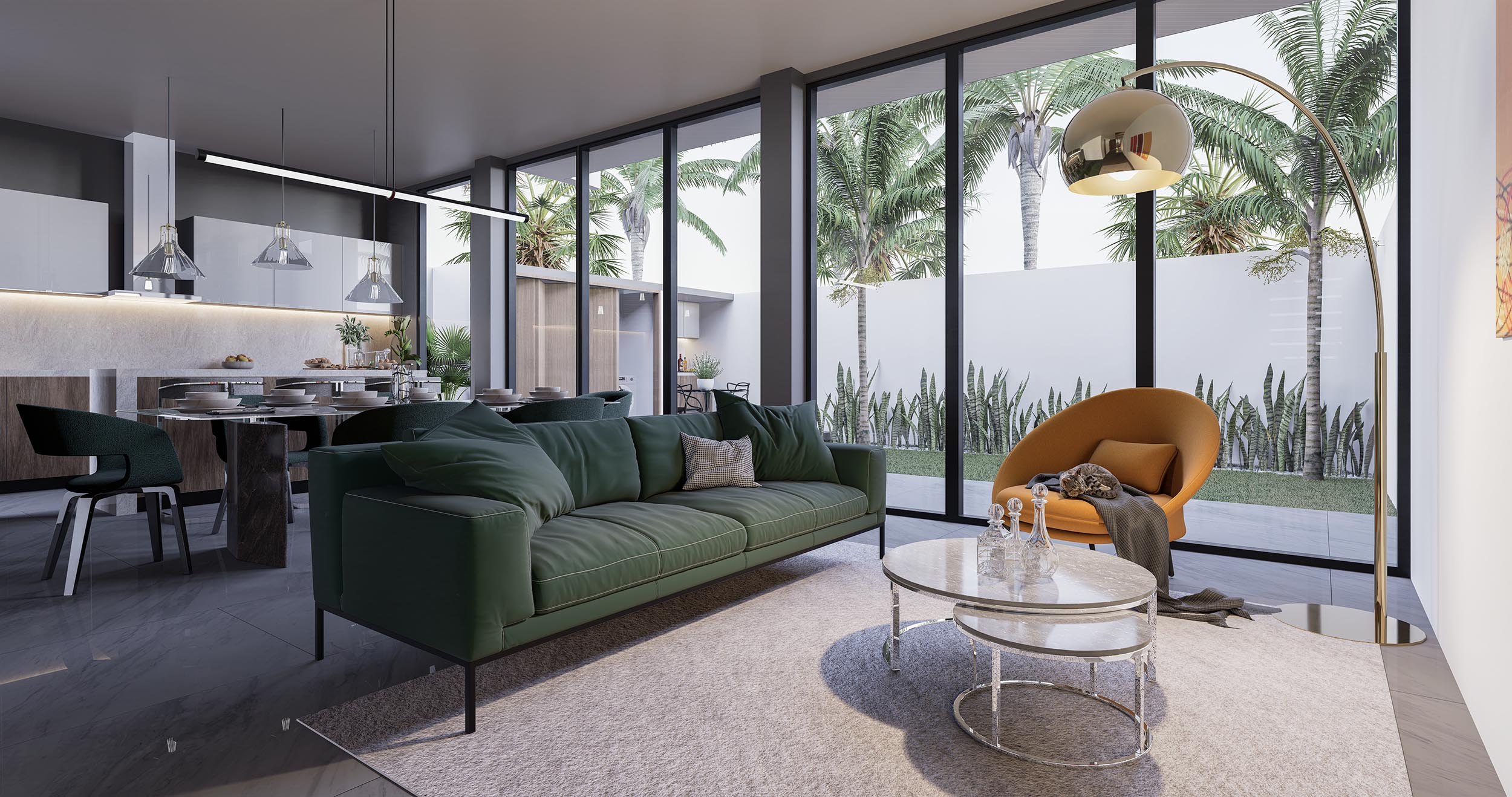 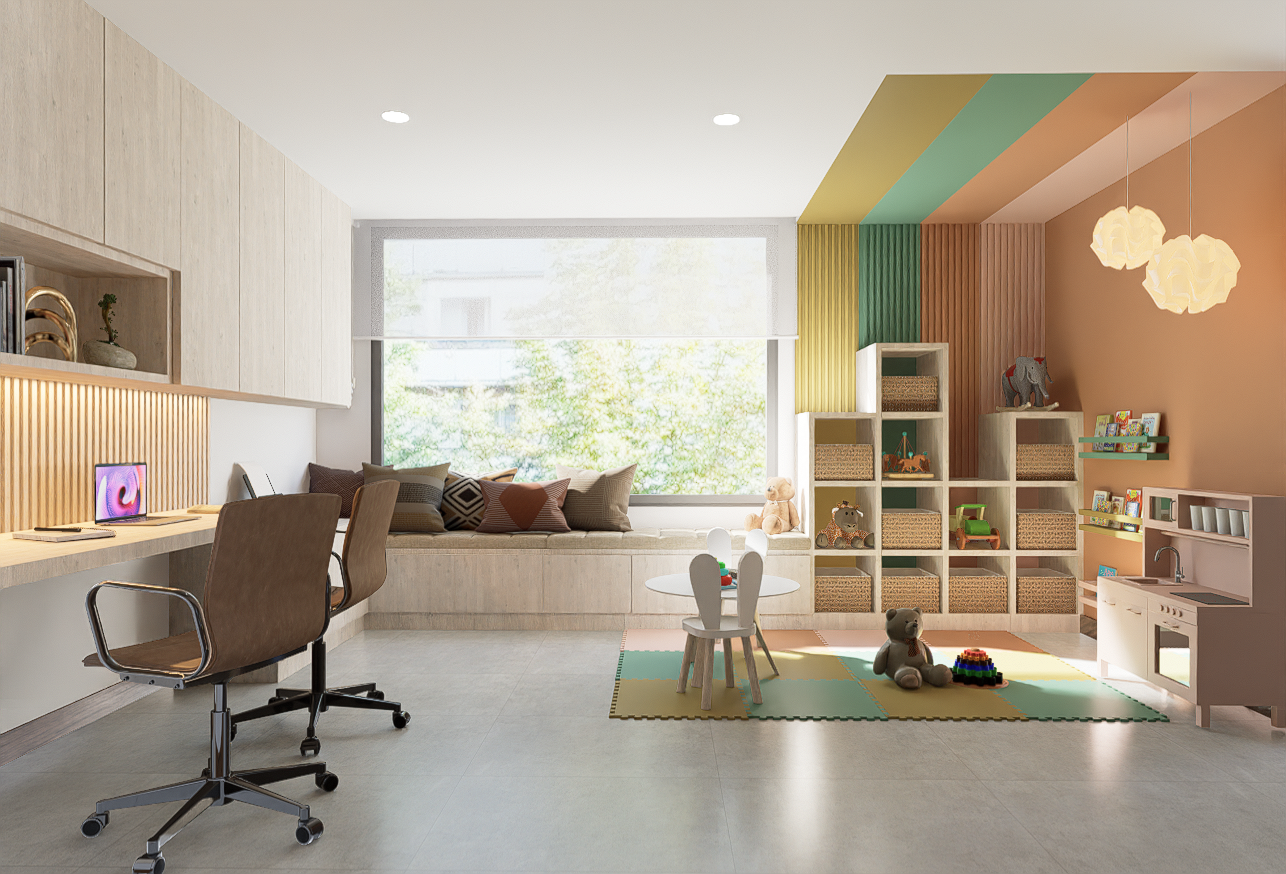 This room was designed to help parents at work take care of their children at the same time. Thus the arrangement of areas was crucial. I also paid special attention to the color combinations which should make the room look tranquil and lovely.

The modeling process is inspiring and creative as I managed to bring the client's imagination to reality. In those hours, I can wrap myself up in my creation. 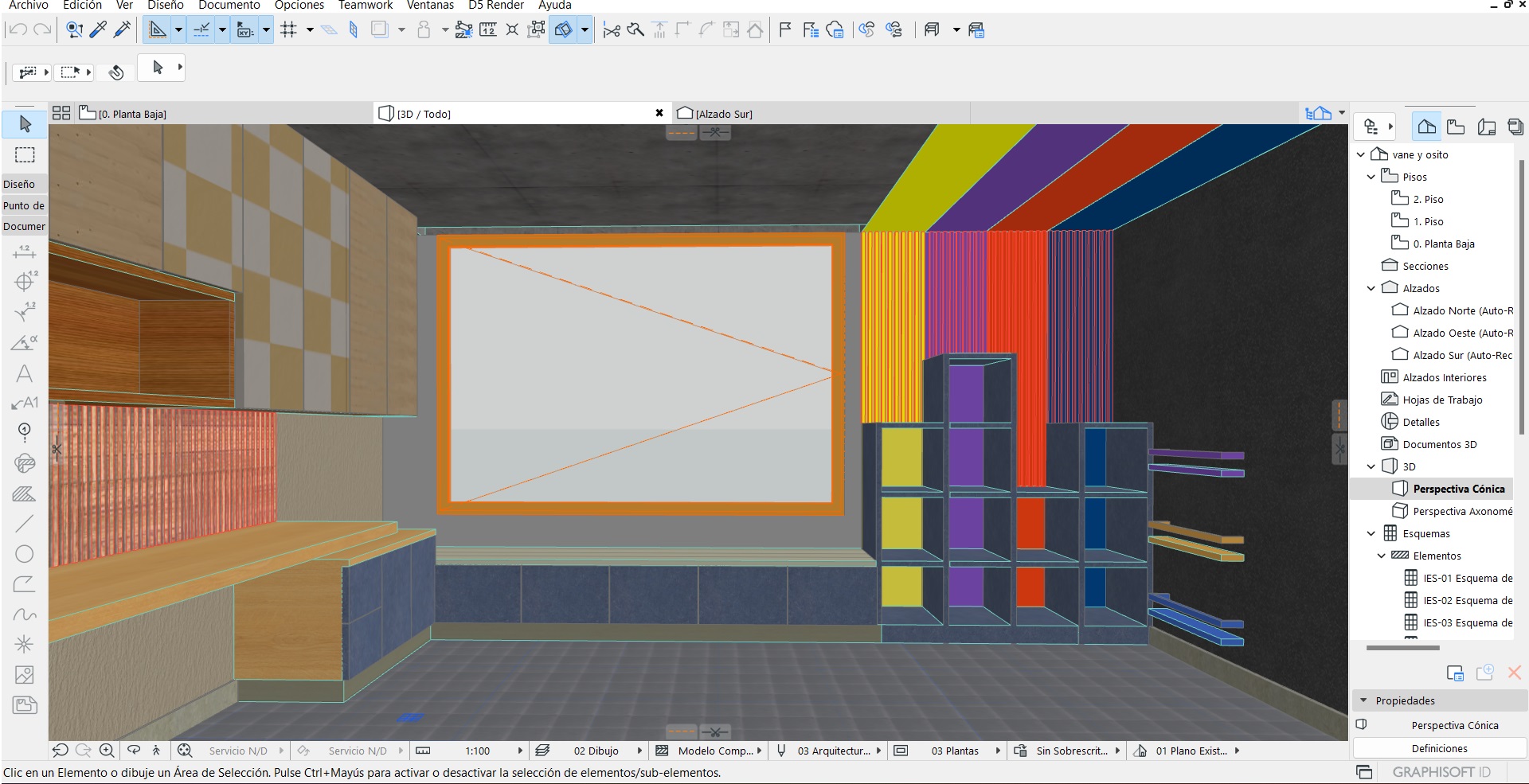 My favorite part of this project design is the colorful stripes on the wall and roof.

After creating the stripe slabs with a proper size, I gave them four different colors, which made it easier to tell them apart when adjusting materials in D5 Render later. 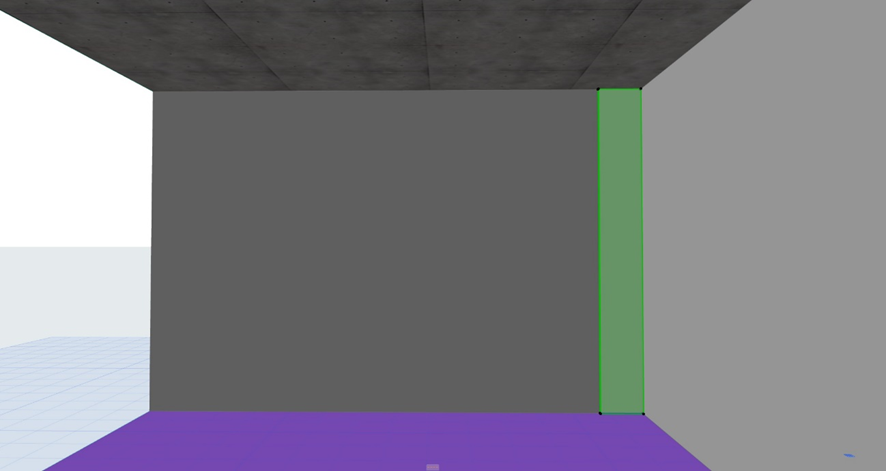 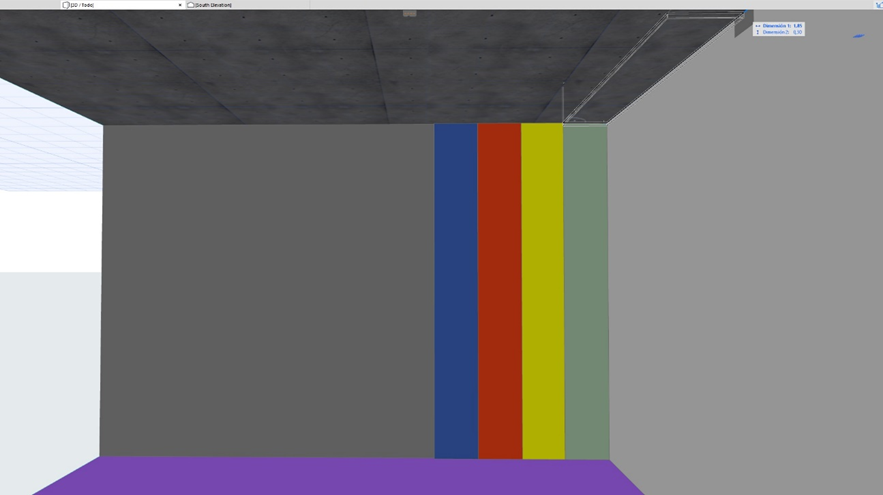 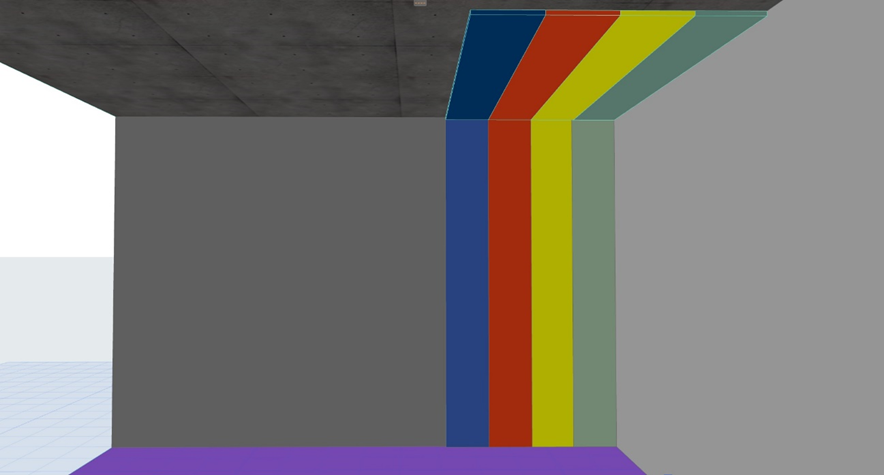 To import the model directly to D5 Render, I highly recommend the direct link plugin -- D5 Converter for Archicad. It builds a seamless and integrated workflow between modeling and rendering, as models, materials and later changes to them can all be quickly imported from Archicad to D5. I can also make the most of D5's real-time-rendering feature to check around the visualized project.
‍Click here to learn more about D5 Converter - Archicad.
The same as what I had done to the stripes, in Archicad I gave all the model surfaces different colors for easier texture editing in D5. 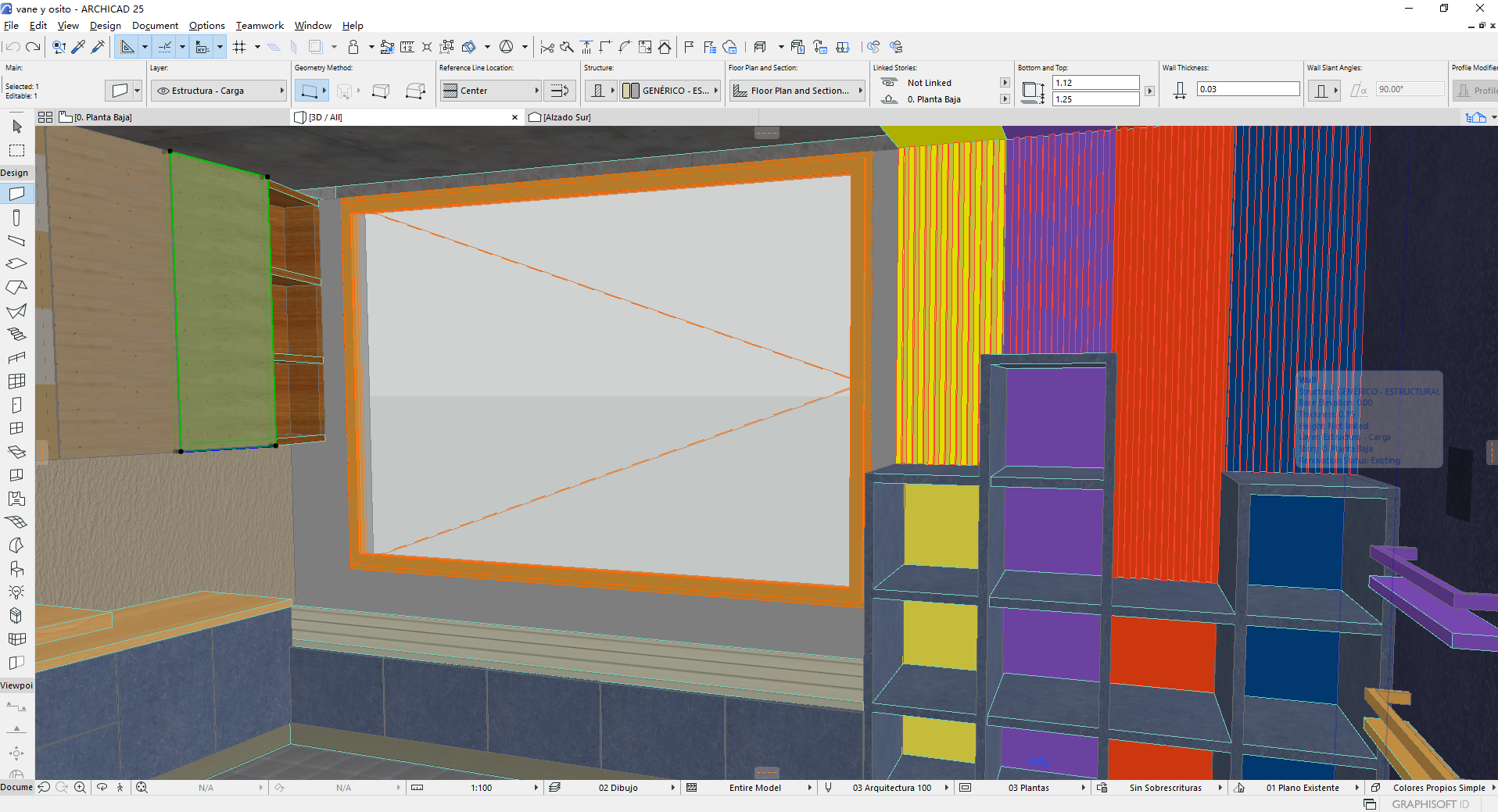 In order to highlight the colorful strips on the right side of the room, I decided to paint other pieces of furniture with a beige tone. Thus the "Creamy White Wood Grain" material from D5 Render's built-in Asset Library becomes an optimal choice. It's a ready-made texture, so no subsequent adjustments are required. 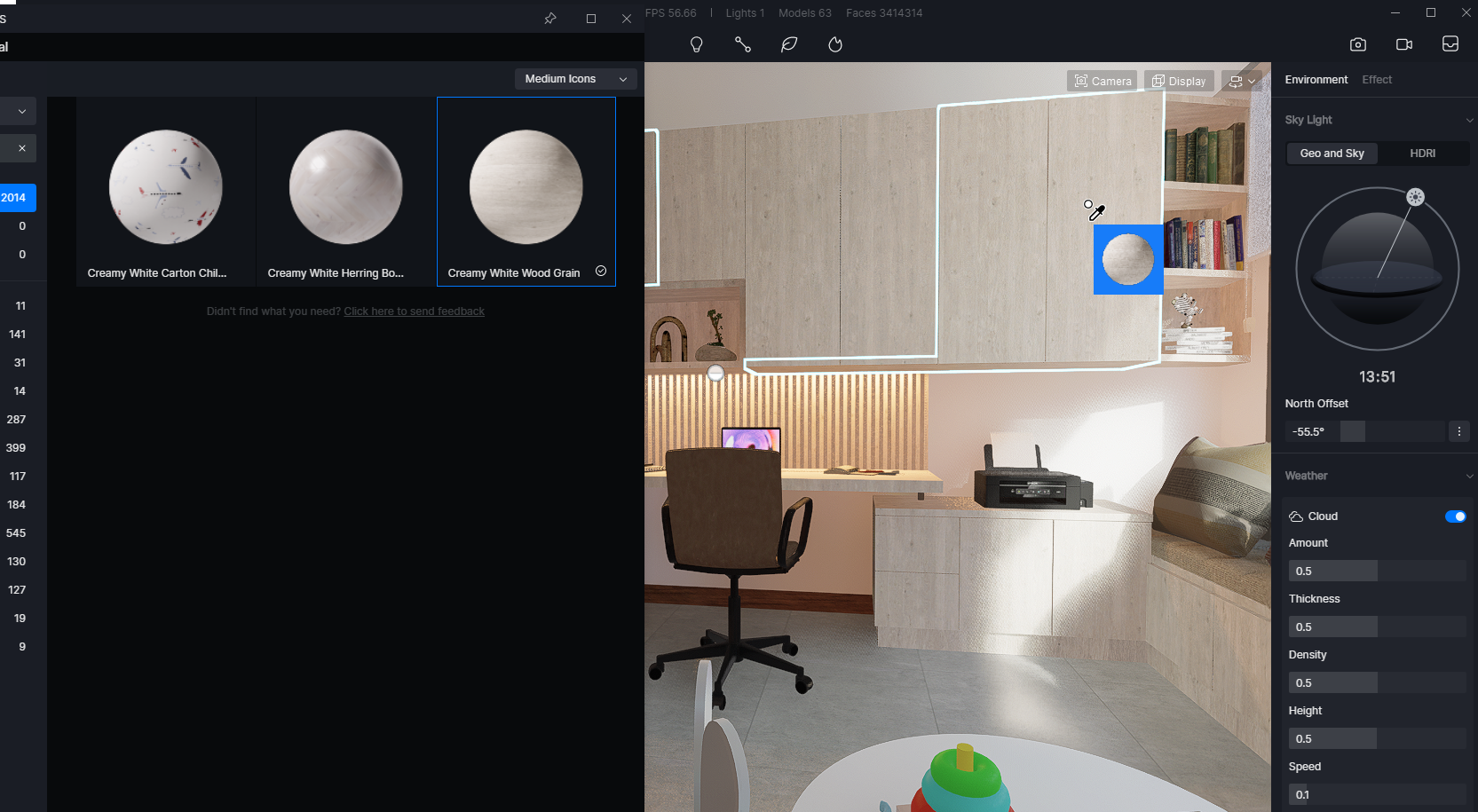 The material could be copied with the shortcut key "I" and pasted to another surface like the desk and shelf with the shortcut key "O".
For the two hanging ceiling lamps, I turned on "Emissive" to make them a self-glowing material. The "Cast Shadow" option was switched off so they didn't have shadows on the wall next by.
After finishing all the texture editing, I moved on to enrich the room.
Many of these decorative models were from D5 Model Library, saving me a lot of time looking around for them. I also added models from my own collection which could be found as "Local". Having such a library combo really improves my working efficiency a lot. 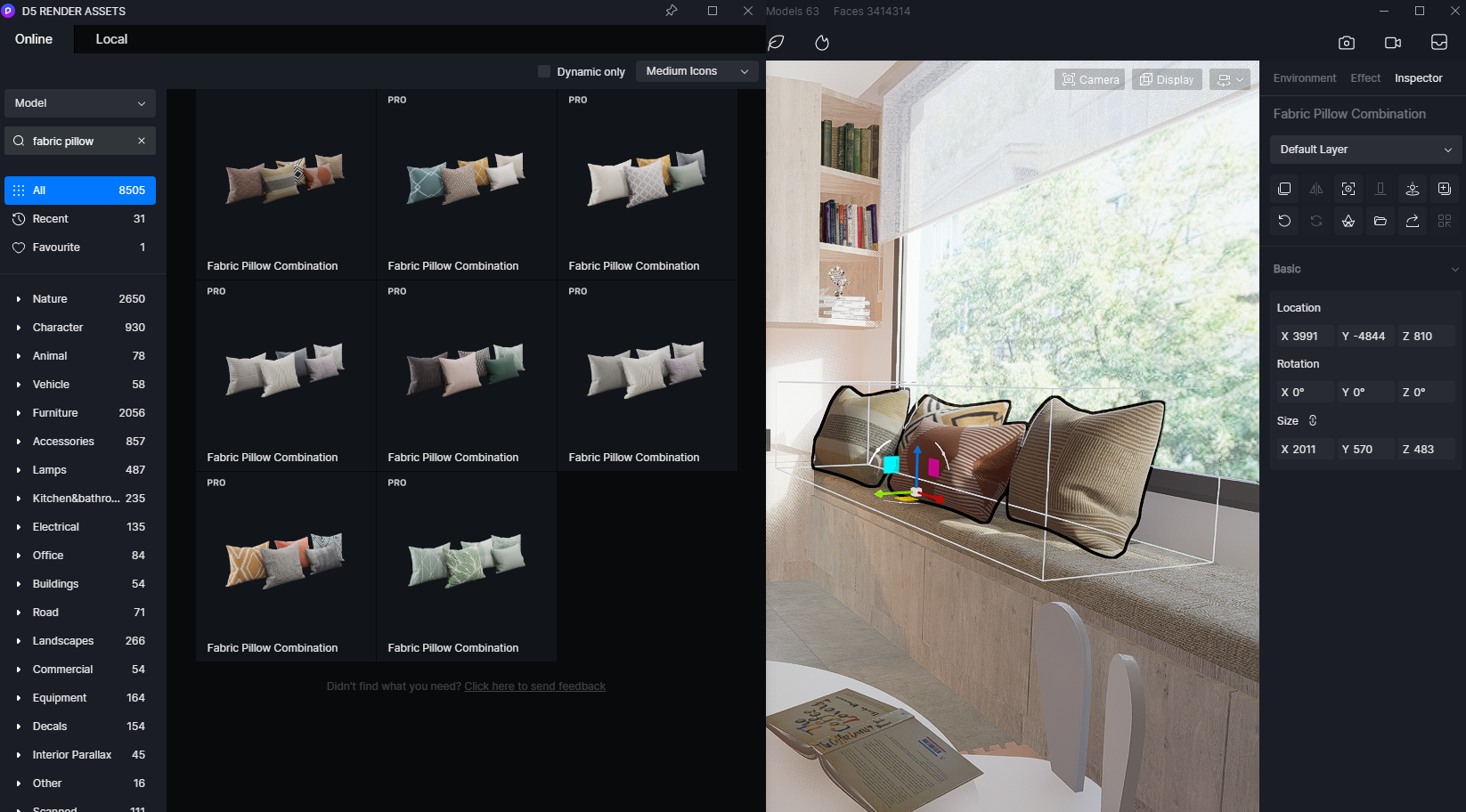 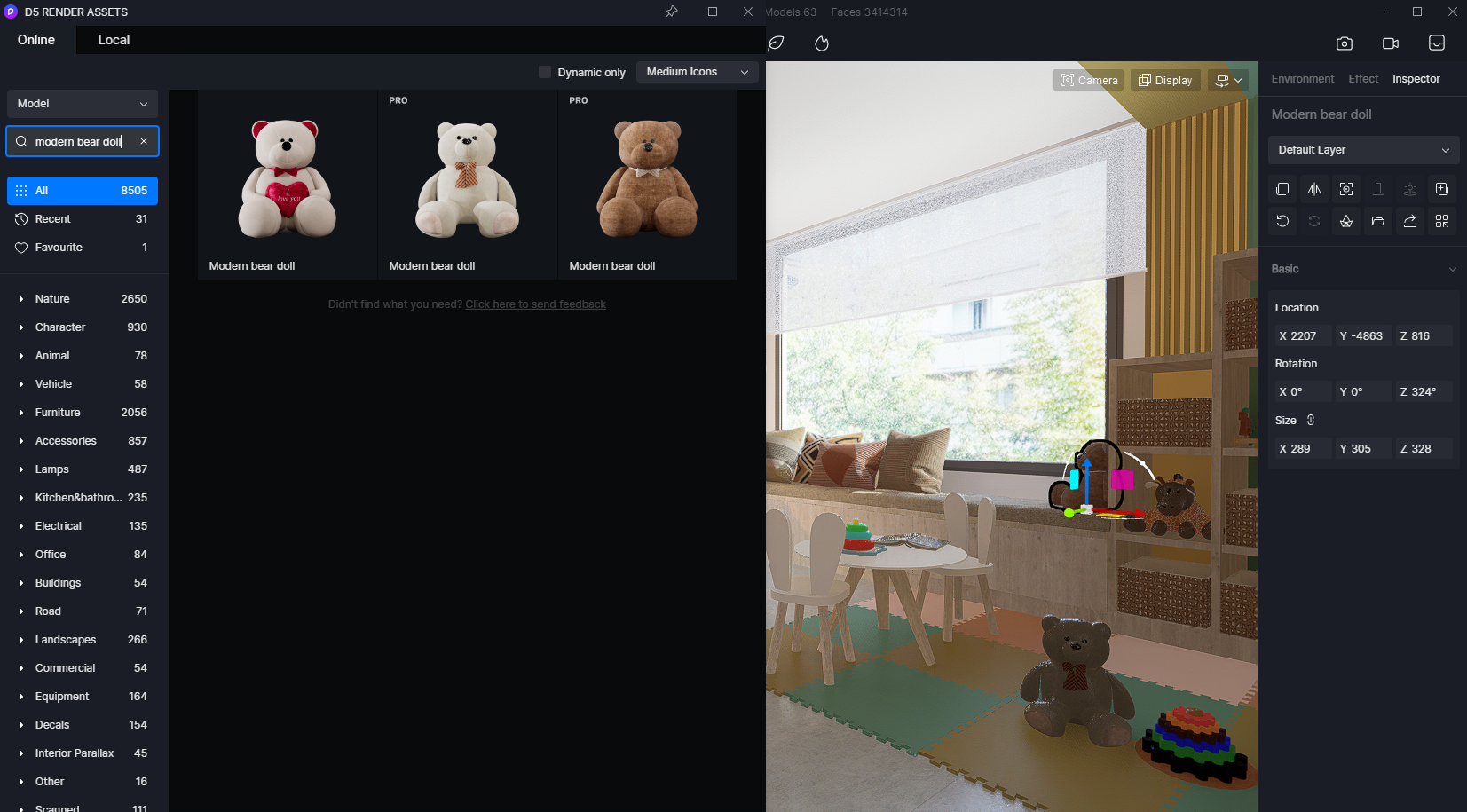 In this project I only used D5 Render's "Geo and Sky" system to simulate the natural afternoon sunlight and a strip light as supplementary to illuminate the desk. Yet the lighting was quite realistic and satisfactory. 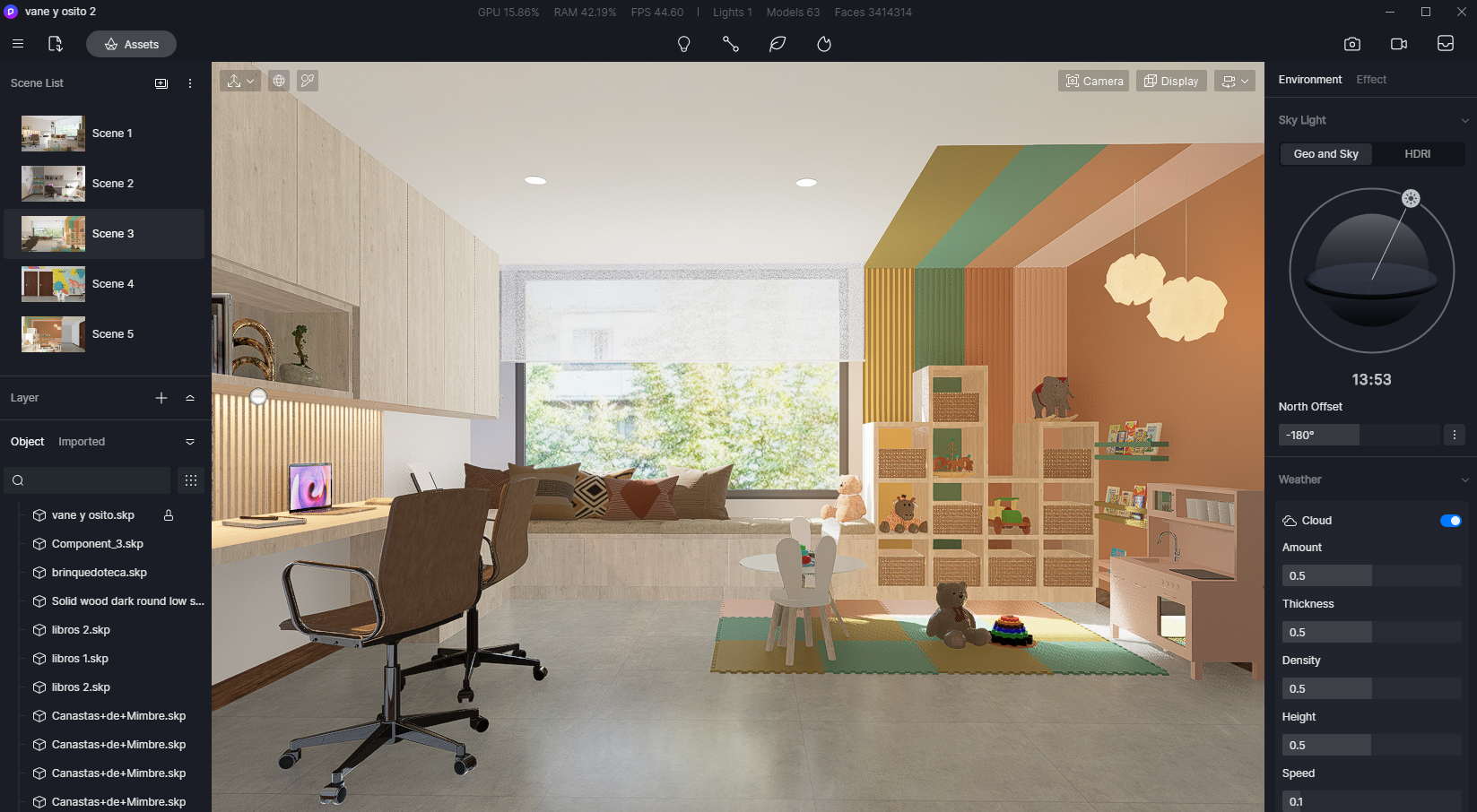 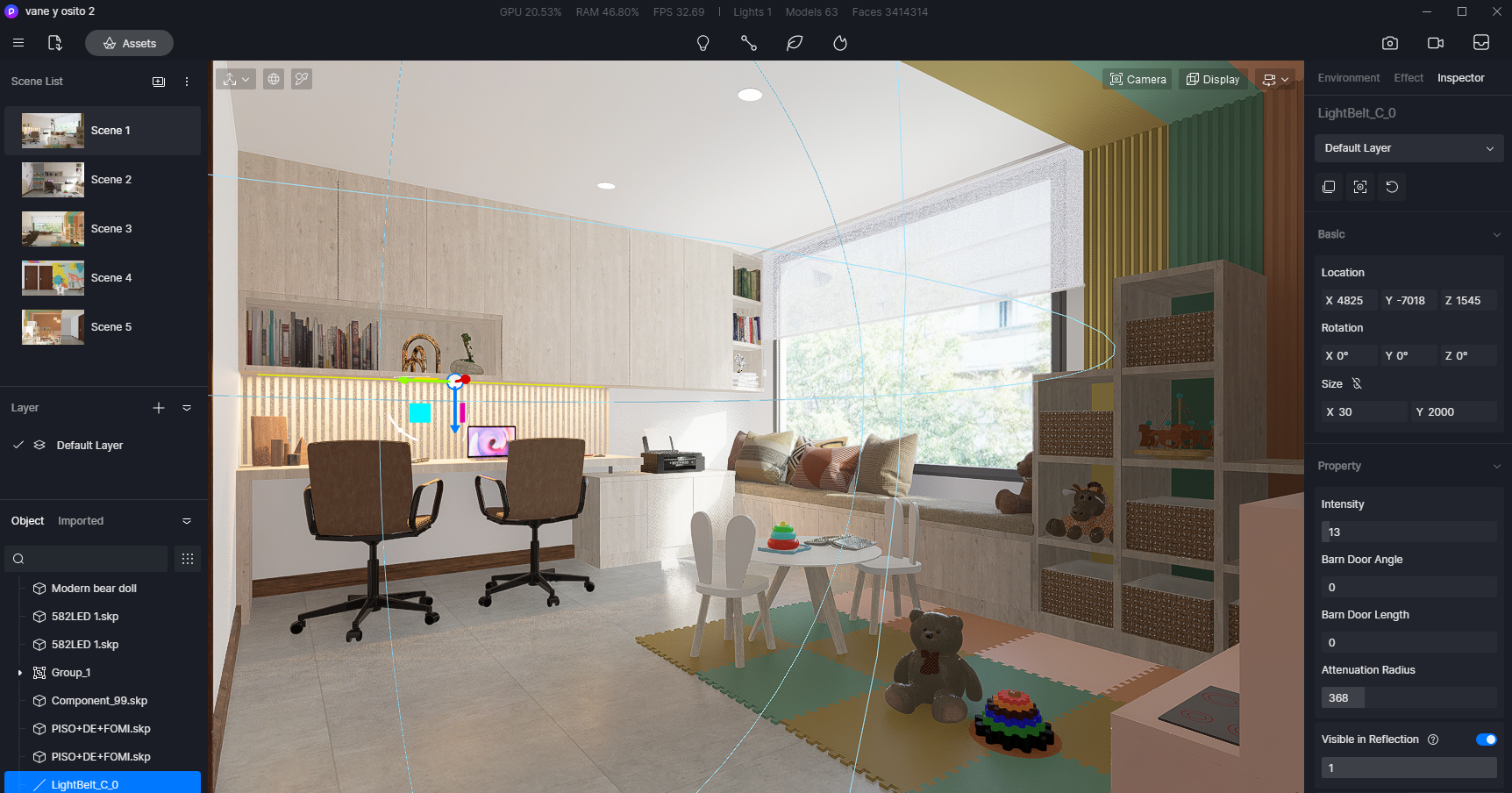 To balance the lighting effect, I also added some emissive ceiling lights as I had said before. These were simple tricks, but they worked quite well in D5 Render. 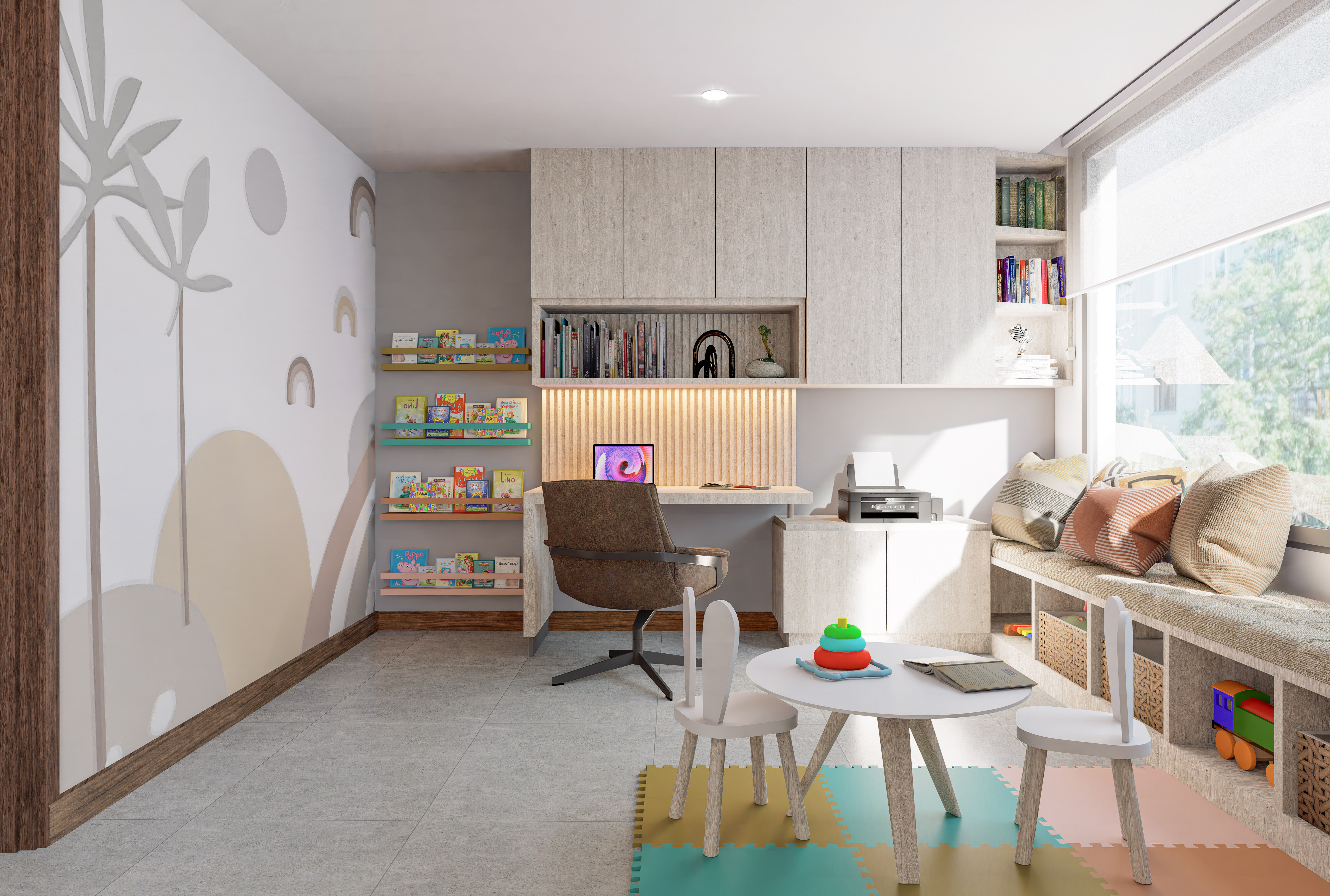 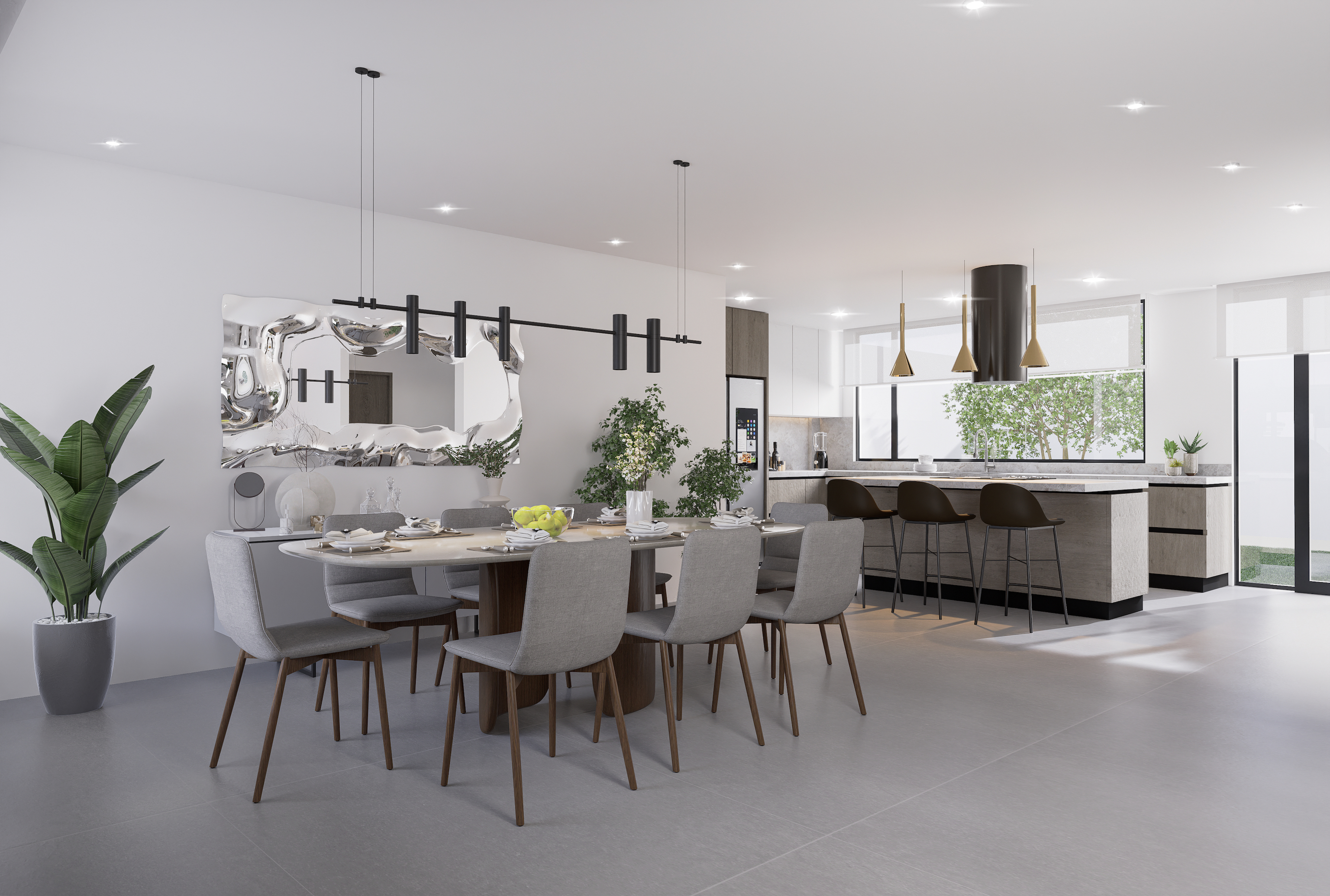 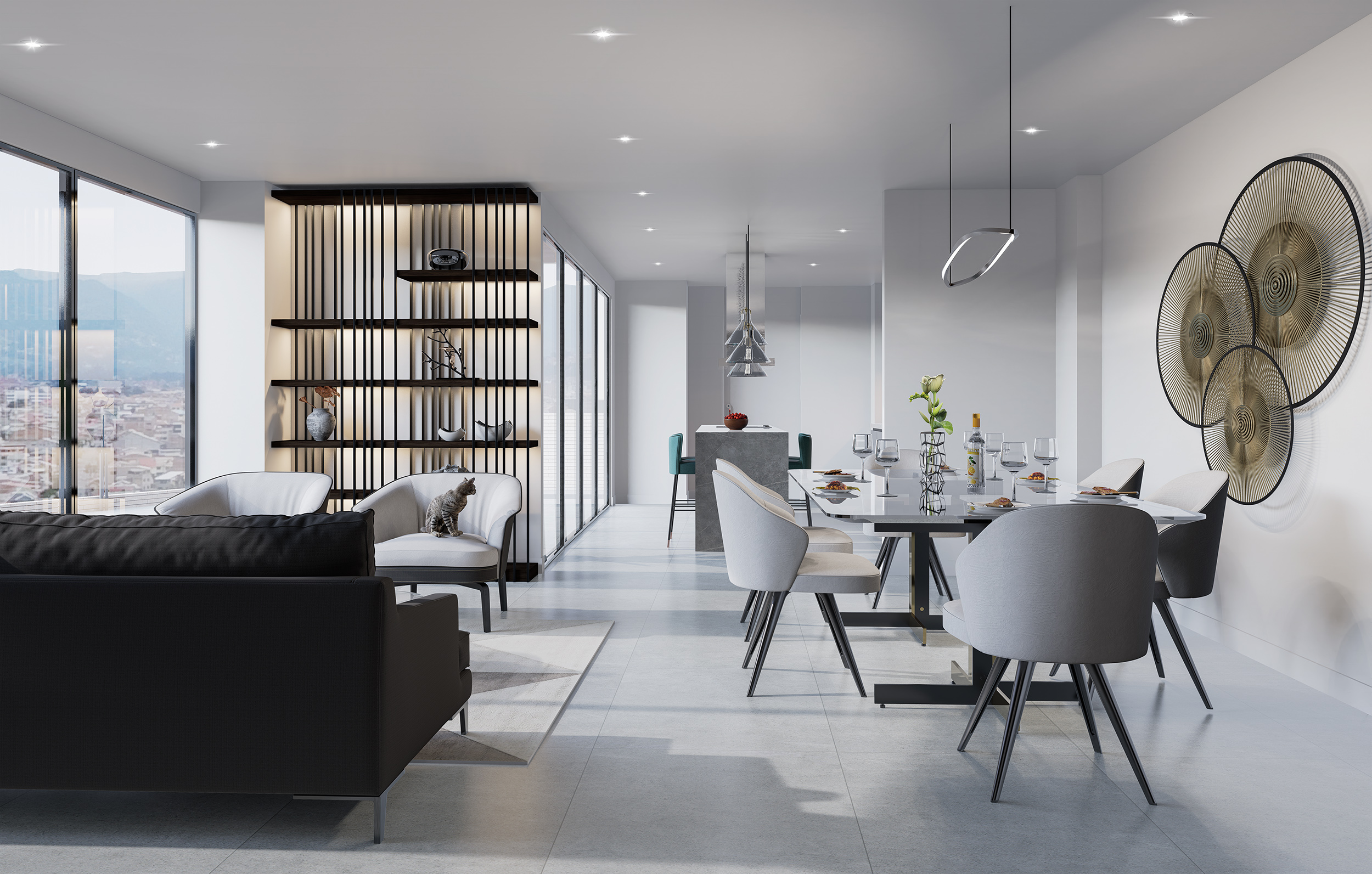 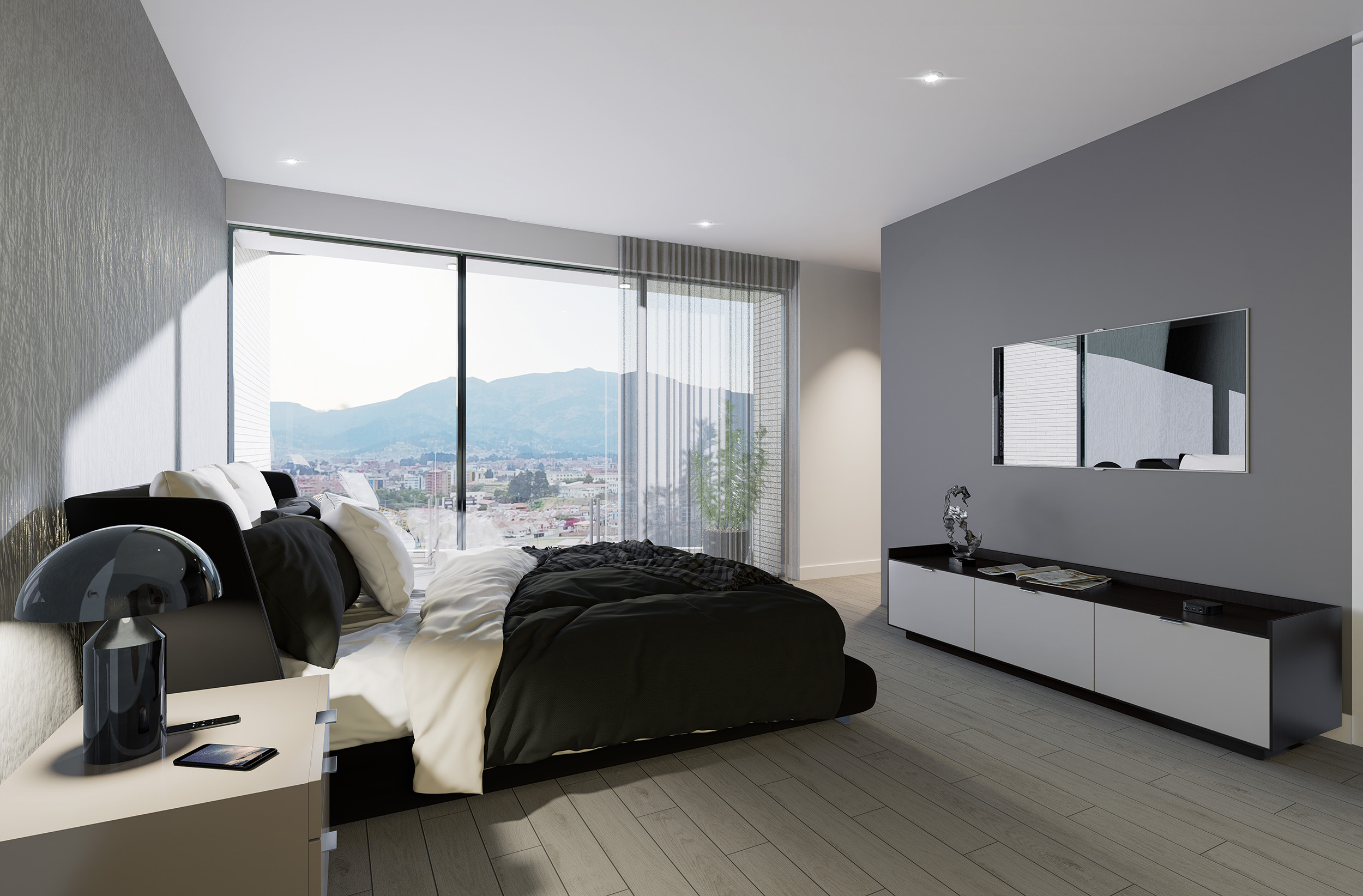 Epilogue
First, thanks a lot for creating D5 Render which is an effective and free tool. It is one of the best programs I have used since I studied architecture. Besides, I want to express my thanks to the members of the support team who always help me like Oliver Jure. They always provide great help and listen to everything I say.
Free download D5 Render, D5 Converter-Archicad
Product
DownloadFeaturesWhat‘s NewSystem RequirementsBenchmarkD5 WorksGallery
Support
LearningForumHelp Center
Workflow
SketchUp3ds MaxRhinoRevitArchicadCinema 4DBlender
Follow us