Will it show it show generational boost to double the performance compared to the preceding RTX 30 Series as rumored? Is it worthwhile to buy it for productive work? Find out in this article. Tests will be done on 4K monitor with architecture, interior and gaming render scenes.

By running this tool, which automatically starts testing on the same scene, you'll see how well your computer performs when it comes to real-time operating and rendering output in D5 Render. 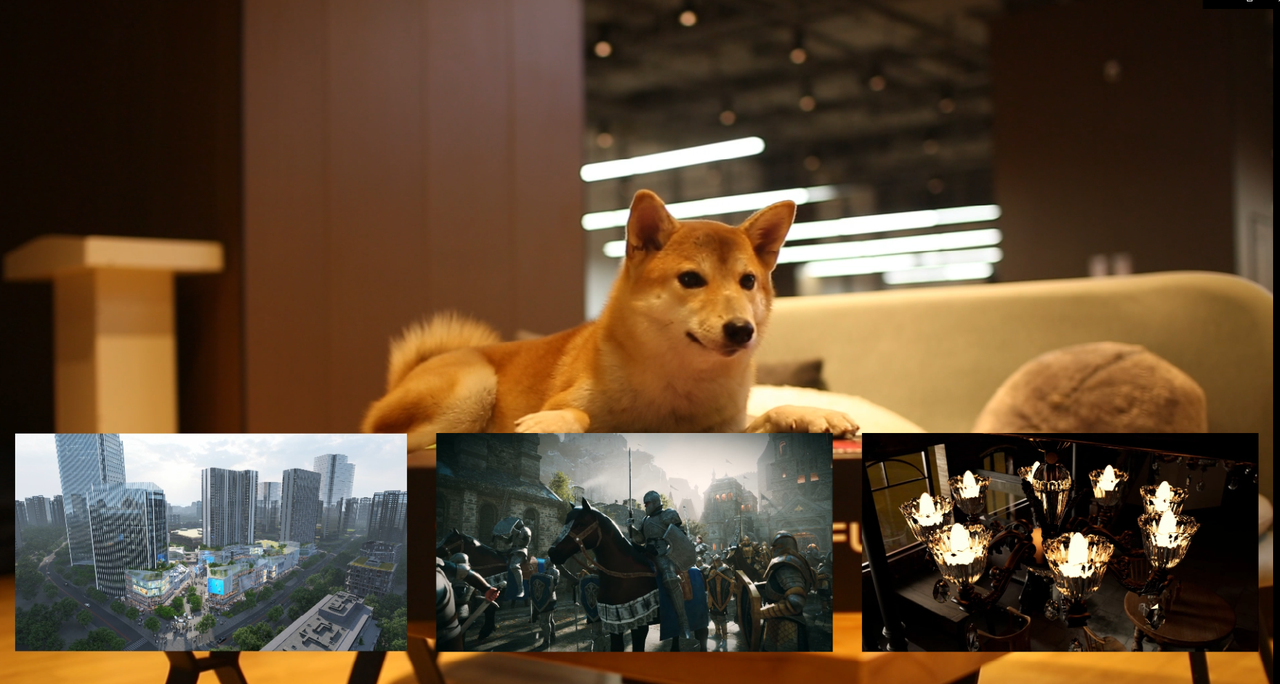 For 3d rendering professionals and enthusiasts, we have got 3 more scenes to put you in the know about how good 4090 can be for you.
CG Gaming
On the left, we have an average FPS of 22 in this CG gaming scene coming from 3090, and 4090 almost doubles the number, offering us an FPS at 57. 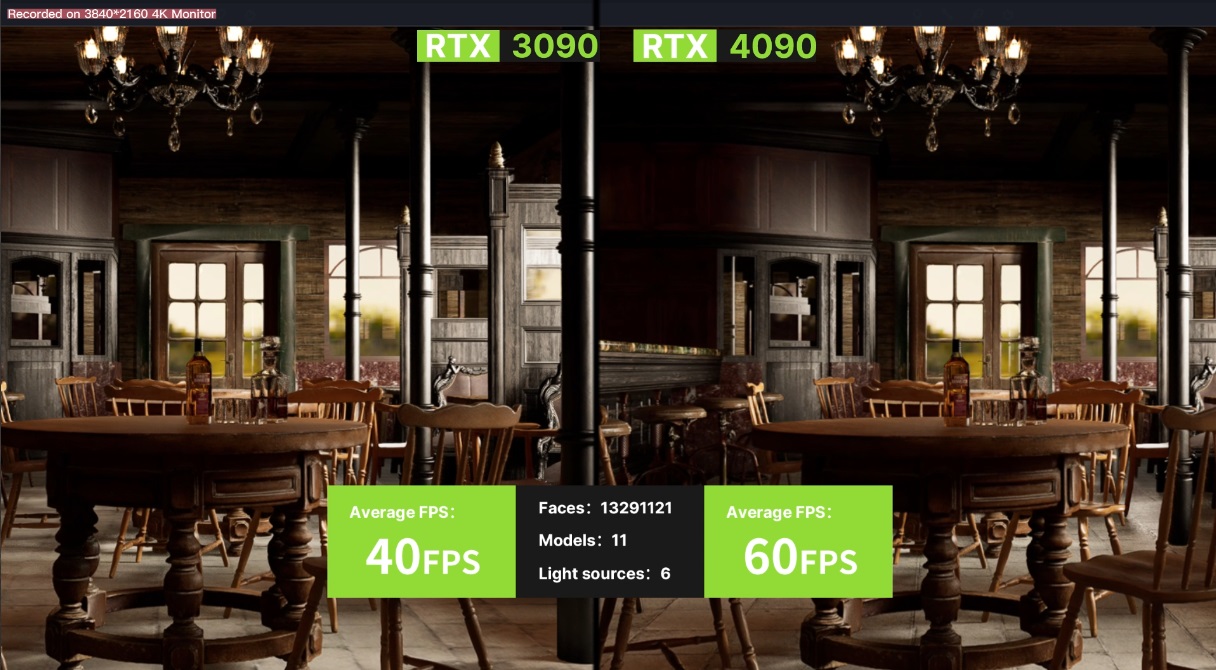 Aerial view architecture
Finally we have this aerial view rendering for a fairly large architecture project. You can see that 3090 does the work! Feel free to zoom in, and don't worry, lagging is not expected here. At the same time, 4090 continued to surprise us in this architectural visualization scene with an average FPS at 34. How smooth is that? 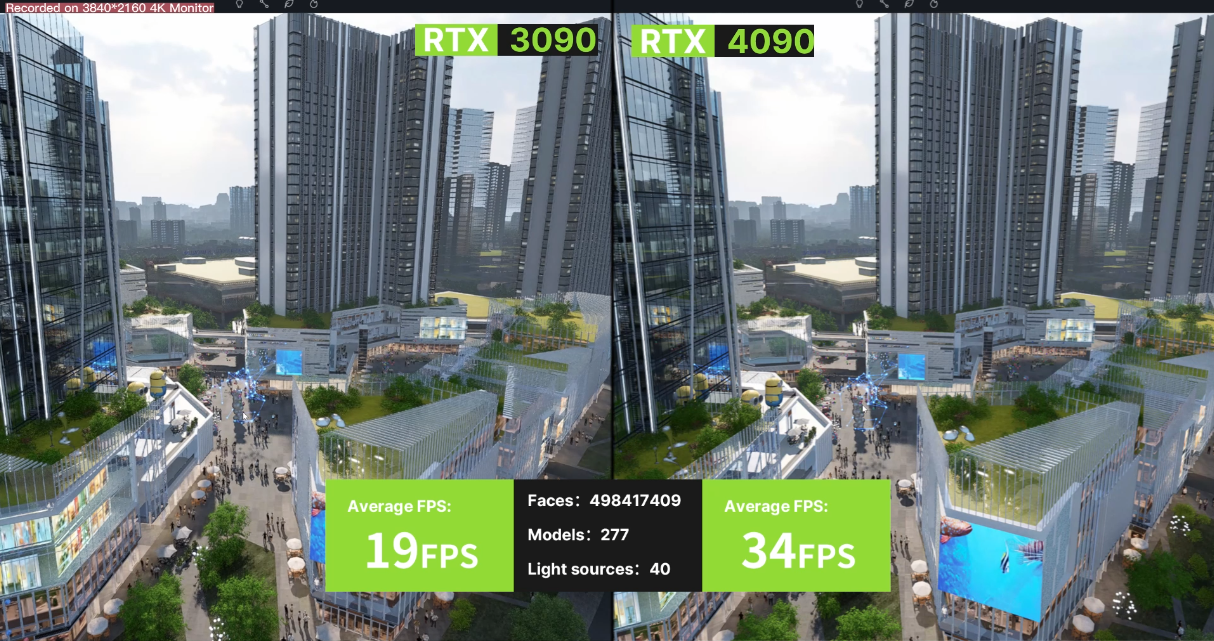 Real-time rendering
We've tested several features and commands inside D5 Render on the scenes, and it turned out that the beastly 4090 is extremely competitive in working with D5. By using D5's built-in path/scatter/brush tools to quickly place multiple car/people/vegetation assets, which is normally resource-intensive, we can still expect a smooth and efficient rendering experience with a relatively high frame rate.
Output speed 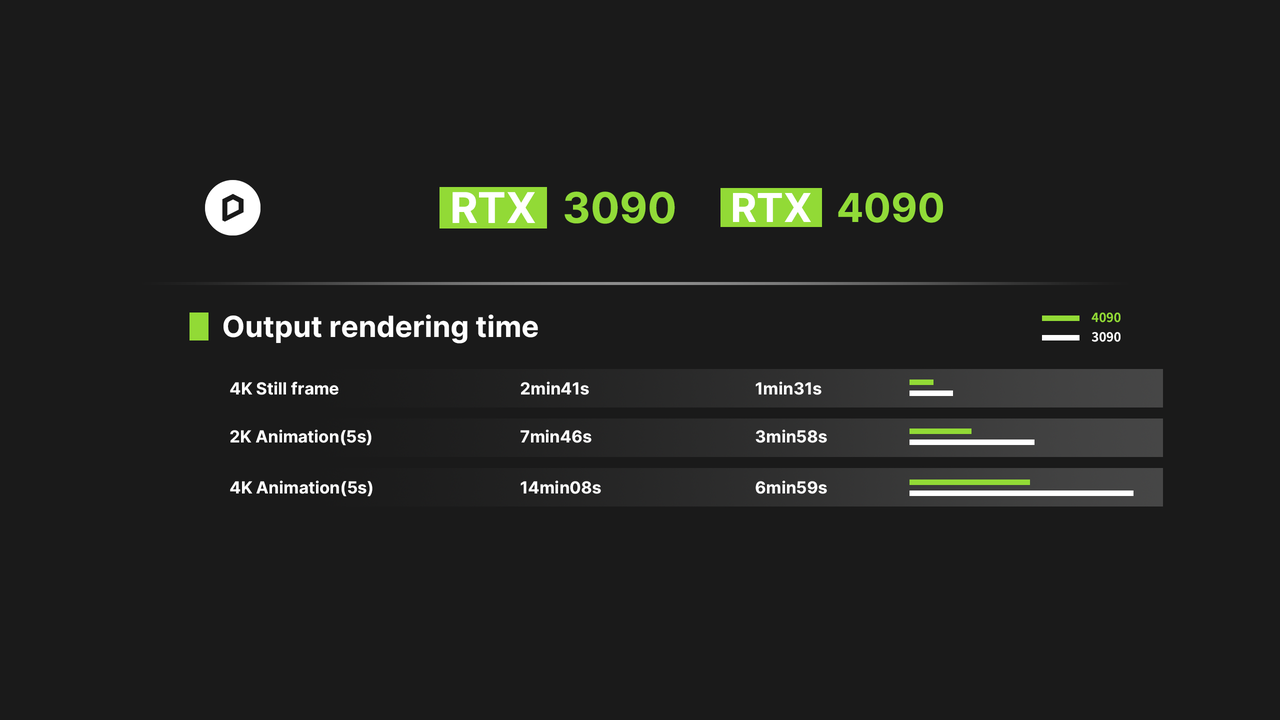 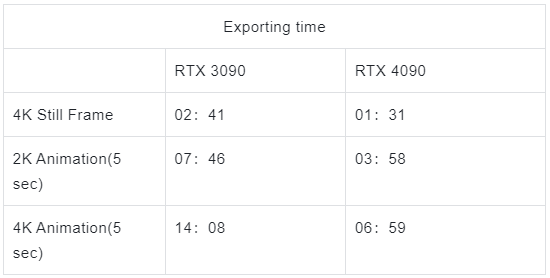 For this review, tests are done using D5 Render version 2.3. While the results are already looking amazing, there's still room for improvement. Rendering with the coming D5 2.4 would be another story. Stay tuned.
Conclusion
Comparing the raw performance of the star 4090 with 3090, we saw a 100% uplift in both real-time FPS and rendering speed. The former proves to be a stronger performer judging from the synthetic benchmarks and real-world performance.
It's safe to conclude now that RTX4090 is a beast of card for 3d rendering professionals. It can handle production-level archviz rendering twice as fast as 3090 while maintaining an FPS high enough to guarantee a smooth real-time rendering experience.
Its futuristic features should work especially well with D5 in shortening render time drastically, handling extremely huge/complex scenes and offering an incredibly smooth real-time experience.
Is 4090 wirth the money? Whether you have an answer right now or not, what we can advise is that, apart from a hardware upgrade, switching to a better, easier, more affordable software like D5 will also be a boost to your efficiency. Despite its amazing performance with 4090, this software is not limited to high-end cards only, and runs on GeForce GTX 1060 6GB and above. (More on D5 Render minimum requirements) It's also coming to a wider range of graphics cards in the near future, bringing next-generation rendering workflow to more architects, designers, and 3d artists.
Free Download D5 Render
Product
DownloadFeaturesWhat‘s NewSystem RequirementsBenchmarkD5 WorksGallery
Support
LearningForumHelp Center
Workflow
SketchUp3ds MaxRhinoRevitArchicadCinema 4DBlender
Follow us